How time flies! Rather a cliche I know but on my childrens birthdays it really hits home. It was little ones 6th birthday this week. Obviously he's not that little anymore though! He only wanted three best friends which was a comfortable number for a campfire theme.
Den building first so we dragged branches around the garden and climbed trees to tie on ropes and hang tarps. The children created perfect little hiding places for the nerf gun battle that followed.
We used a flint to light the fire and then cooked local sausages from Primrose Pork on the new grill.  The children wrapped bread dough around sticks to make dampers and then each cooked their own.We used a potato peeler to safely shave the bark off the green sticks. 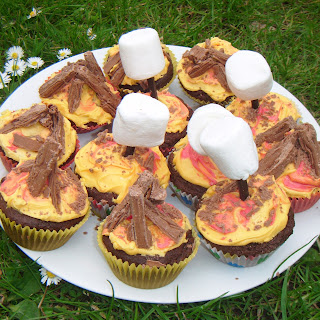 I made chocolate fairy cakes with flame coloured icing and then the boys turned them into campfires using flakes for the branches. We finished off dessert with a marshmallow toasting session. 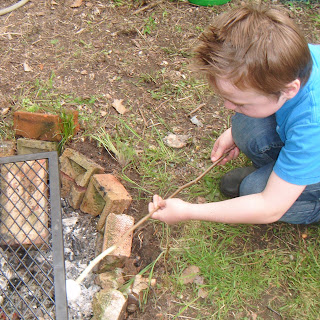 We sandwiched the marshmallows between 2 dark chocolate digestive biscuits for our own version of smores.
At the end of the party the children completed a nature quiz that led to a final clue in the chicken house to locate their party bags. I buried them in a bin bag in the veggie patch and they had to work as a team to dig them out. Quite a lot of flying mud! 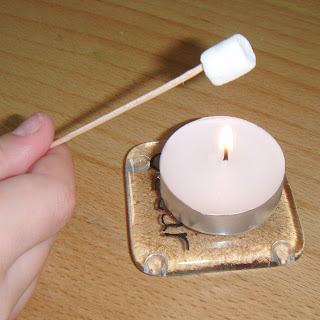 Continuing with the smores theme I made each child a tea light coaster with their name on, added a tea light, two cocktail sticks and a bag of mini marshmallows. Take home s'more! I made hessian bags to haul the loot home home. 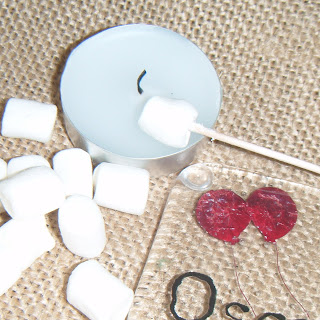 I think they had a good time. They went home extremely dirty!
Posted by bluedaisyglass at 21:58

A link to my ETSY shop 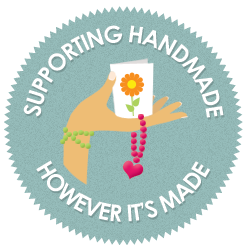 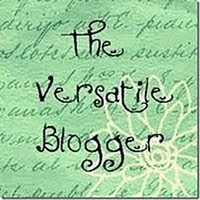